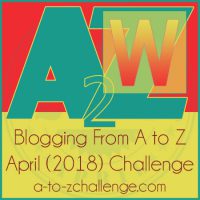 Western fiction is a genre of literature set in the American Old West frontier and typically set from the late eighteenth to the late nineteenth century. The American frontier comprises the geography, history, folklore, and cultural expression of life in the forward wave of American expansion that began with English colonial settlements in the early 17th century and ended with the admission of the last mainland territories as states in 1912.

Just standing around all you see are buildings that are supposed to be destroyed by time but now under the care and protection of California. It’s now another trap for people to come and visit. The only difference is back in its gold mining days people lived and died by their hopes and dreams and now we are just memories for soda guzzling, an ill-behaved kid having, no sense of respect type of people come to gawk. Bodie was filthy, dangerous, exciting, freeing, incarcerating, a beautiful booming mining town. I didn’t want gold or a husband, I wanted the freedom of owning the town.

While you’re standing in the what’s left of my entertaining parlor let me tell you of a story about a dark curly-haired girl that wanted to be something more than a wife and mother. Traveling by a covered wagon to a place that my husband deems fit and we wait years to have the perfect cabin built only to be attacked by natives or die due to the elements or disease. I wanted more. I wanted to be my own woman and only depend on myself. I was the type of girl that didn’t need to be kept or owned.

It was the season between the season of winter and spring. My family expected me to either become the teacher for our small town or marry.They preferred the latter since they wanted to make sure that I was not only taken care of, a mommy, but also protected from heathens. I was never going to be able to leave these shackles unless I was going towards other shackles. I found several advertisements for teachers wanted in California.
‘Papa, I’m going to be ok. The stagecoach will have men to protect the women on their long journeys not to mention husbands of other women. I won’t be alone and I’ll have a greater chance of meeting a more suitable husband.’
‘Permelia, stagecoaches get robbed, lost, or savaged.’ My father would stress but it was my mother that was the voice of reason. I kiss my parents’ goodbye, packed trunks, and a basket full of food I was off to California. The only problem was the facade of which they let me go. When they thought I was going to be a teacher I was actually heading towards the small remote mining town of Bodie, California.

The stagecoach ride was absolutely miserable. It was uncomfortable after the first few hours, not to mention the dust, the cold nights, and only stopping to take care of the ponies or the drivers needed a full night’s rest. After 6 weeks I was a new resident of Bodie, California. The town was mostly men and the women that were there were either the wives of miners or entertainers. I wasn’t going to be neither. I was going to be the owner of a business. I’m not going to be a wife, mining for gold, or entertain. My father and mother sent me with a dowry of sorts. I basically had enough money to rent for a year or I can go and double that playing cards. I had been playing poker with the schoolyard kids since I was old enough to count. After procuring a hotel room, shower, clean clothes, and food I set off to the saloon across the way. After turning down several propositions and courting promises I was able to slip in on a poker game. Six hours later I had quadrupled my money.

The next morning I woke, had a belly-warming breakfast, and started asking about the large 3 story building that was up for sale. It was a boarding house but there weren’t enough people to fill the rooms and the hotel was cheaper than the house’s prices so the owner closed the doors and left town. I purchased the property at a steal since I was paying in cash on that day. I really got a deal because the place was entirely furnished and all I needed to do was figure out what to do with my new home. After a few months of preparing the rooms and waiting for supplies to arrive, I noticed that other women were showing up but were only settling for what they had or could do. Entertain with their bodies. What if I could teach them to read, write, and become successful on their own terms. Men were looking for wife material and since the town was full of men and woman would do but what if I could prepare them to stand out from the rest? This was my business. Permilia’s School of Homestead Domestics was born.

Signs went up and women started to arrive a few at a time. I held classes on etiquette, cooking, sewing, reading, writing, cleaning, and economics. If they did decide to go the entertaining avenue then they would have a good head on their shoulders. Slowly word got out about what and who I was teaching and the gentleman callers came knocking. They needed my permission to court and I made sure that every date had a chaperone. The girls actually dated before marriage and there was a mandatory dating period. My girls were not for abusing or using. We held parties in the main parlor so everyone had a chance to socialize. Don’t get me wrong there were many times that a knife or gun was pulled or someone tried robbing me but I was quicker on the draw. I soon gained a reputation for a woman not to be trifled with. I had many proposals but after everything that I built, I was more than content with the family I have created within my school.

After a while, men married their one and only gals of their lives and moved to better places after other booming towns were said to be better. As the men left the need for my type of services became obsolete. I then turned my domestics school into a boarding house for the weary travelers that needed a good night’s sleep and hot food. I even taught school to the younger children until their families have moved away as well. I could have left but it wasn’t in me to give up. The gentleman that owned the mercantile asked me to marry him and I accepted. I was older and content with my life. We both needed company. Howard died shortly after and I was to follow a year later. 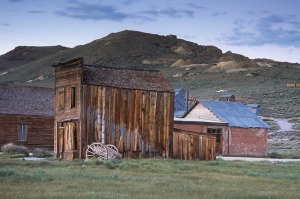 As you’re standing in my now dusty silent parlor, close your eyes and imagine red velvet, laughter, glasses clinking, the bustling of women’s dresses, the smell of cigar smoke, dirt, perfume and the piano playing in the background. It was a majestic site to see. It was a magnolia in the middle of a mining town.