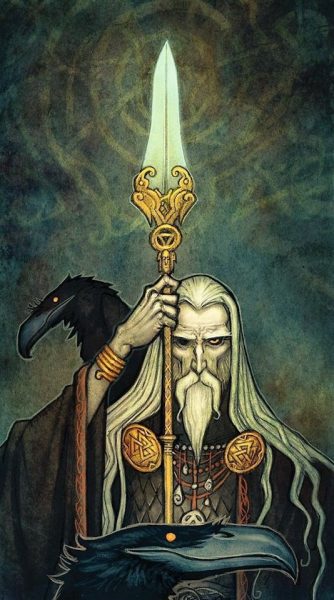 Weather aside, I decided NOT to let my anxiety ruin my weekend and was even able to control an impending attack. My husband and I went to the kindred’s Disting celebration and even though I told my husband I wanted to leave before 9 P.M. more than a dozen times, we followed through with staying the night. Proud mommy moment (because yes, we brought our son and why wouldn’t we people bring their children to their church/faith of choice) and he went out of his way to make a little girl feel included in the games that all the boys were playing. She started feeling sick and fell asleep on the couch in which he covered her up with his blanket.

There were a couple of new guys there and one asked me, ‘How did you know that this kindred and Asatru was right for you?’ I explained that I was new as well but it was my first event when the people speaking during Sumbel that moved me. The rituals after still had the same effect and I knew that I was where I was always meant to be. The look on his face made me feel that something hit home with him. But here we are back with a quick study of stanza 27. 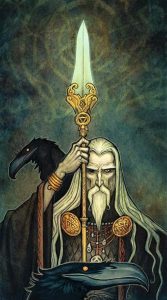 Pocket Version:
A foolish man, who among people
comes, had best be silent; for no one
knows that he knows nothing, unless he
talks too much. He who previously knew
nothing will still know nothing, talk he
ever so much.

Chisholm:
When the fool fares among folk
it is best he stay quiet.
No one knows that he knows nothing
unless he talks too much.

Well, this was a doozy of a stanza. I chose Chisholm’s translation as it’s not as long as my pocket version and a little better to understand. I think the first two lines are stating if you don’t know the subject matter people are talking about then doesn’t speak up. The last two lines remind us that if we don’t speak in those situations people won’t know you don’t know. Now the other two lines were difficult for me to understand even after researching OTOOHG’s website. It seems to be that lines 5 and 6 were difficult to translate from Old Norse to English. Maybe the last lines mean that rattling on in circles about, well, really nothing trying to sound smart won’t work.