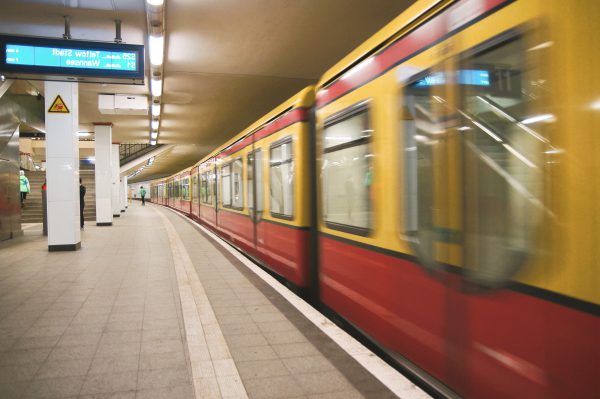 This morning walk to work was supposed to be mundane. I knew the route by heart. I was looking down at my phone with earbuds in walking to work when I was abruptly stopped by someone grabbing my shoulder. I jerked my head up only to see the chaos that he had observed. I should’ve been paying attention. I was afraid to take out the noise canceling buds. Did I want to hear the screams and panic in people’s voices? No, but I needed to. I needed to hear any information about what was going on around us.

The stranger kept his hand on my shoulder as if to tell me not to move. What did he see that I didn’t? What did he know that no one else knew or having the painful experience of learning on their own? Or it sounded painful. There wasn’t any smoke or mechanical sounds so it wasn’t an army of strangers rolling through, setting buildings on fire in their wake. There wasn’t any snow, rain, or dark clouds for that matter which allowed me to conclude that it wasn’t an act of mother nature.

I finally looked at the stranger and he held his index finger up to his lips tell me to ‘shh’ without making a sound. He pointed above his head for me to look up and that’s when I saw a beam, like a laser light used to play with cats. Only this light was blue and I watched it lurk bending around objects. It could bend? The strangers motioned for me to follow him where he led me to stand underneath a neon sign.

‘What is going on?’ is all I could manage at the time.
‘As long as you are near a light it won’t melt your brain stem.’
He said it so matter-of-factly that it made me uncomfortable to be near him. How would he know what it does? I started to look for the nearest light path to take to get to the subway. The lights were bright and always on because it’s dark. I could ride the sub out of town.
‘How do you know what the light does?’
‘Because I created it. It was actually supposed to be used to seek and destroy cancer cells but instead, the military had other plans for it. They reprogrammed it to hone in on human voices, specifically certain dialects, and gently put them down. The beam has been manufactured to be the ultimate weapon. Imagine, no soldiers on the field, in the air, or at sea. Just a program launched and shuts off when it has completed a task.’
‘Can’t you shut it off?’ I asked in surprise. How come has he not logged on or whatever, and shut down the program?
‘It has now been programmed to terminate, well me. Until I can get to my lab’s computer it is attacking everyone with an English dialect. Unfortunately, when they programmed it to try and hone in on me the military didn’t have my voice pattern and with a few wrong letters and symbols the beam now kills everyone that can speak English.’
‘How did you know about hiding in lights?’ I asked.
‘I created the program to have a hidden safety feature.’
‘What about the subway? It’s always lit up because the tunnels are dark and we can travel to the closest station to your lab. From there we’ll have to figure something out.’
He grinned. ‘We can take the sub to the Upper East Side, wait until dark, and travel to the botanical garden at night. It’s beautifully lit at night. I can see it from my office window.’ We had a plan in motion.

Now to get to the subway’s entrance, 50 feet away.

One thought on “Searching for Light”