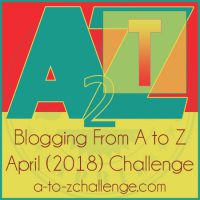 True crime is a non-fiction literary and film genre in which the author examines an actual crime and details the actions of real people. Crime stories are separated into three areas: Fiction, Non-Fiction, and Half-Fiction. Half-Fictions are crime stories about something that really happened, but the characters (mostly the conversations) and the procedures regarding how the crime was committed are not really based on a definite source but simply just a theory. I’m going to try to write the True Crime Half-Fiction. Everyone involved in the crime and covering up another crime is either dead, dying, feeble-minded, or hiding from what they had done to a beautiful, innocent woman. I have purposely left some parts out because it was to difficult for me to write.

CONTENT WARNING: Content May Be Offensive or Disturbing to Some Audiences.This article or section, or pages it links to, contains information about assault, suicide, abuse, violence or murder. Reader discretion is advised.

Carson was a man who did bad things but it didn’t necessarily mean he was a bad mad. That sounds like a contradiction but there’s a lesson in the crimes and the truth isn’t what you think it will be. Carson was a man with a family that he adored and loved. He had a daughter that was his pride and joy that he would do anything to protect. Even though he was a blue-collar working, Harley Davidson riding, family man he also held a past that both haunted and lived with him.

It was a hot southern summer of 1983 in a small town in Texas. I could hear my uncles’ motorcycles pulling into the driveway. I have come to fall in love with that sound of thunder. Carson kissed me, his little girl on the forehead, hugged his wife goodbye and said, ‘I’ll see y’all at supper. I ran off to play with my grandmother and our Rottweilers listening to my dad and extended family pull away. My grandmother left me to play outside to help host all my extended aunts showing up to the house and as they started showing up so did my playmates. Us kids screamed, played, make-believe, and ran as the women prepared food and the tables. My father’s house was large enough to host over 50 bikers and their significant others so that was never a problem.

Supper time came and the guys still weren’t back. Moms decided to go ahead and feed us little ones and after they would either head home and wait for their husband and boyfriends there or they would camp out with me in the backyard. It got dark enough for us to play with the fireflies and make s’mores and eventually we all started falling asleep. It was almost midnight when bikes were heard. I remember my mother asking where my father was along with other women asking where so and so was then when they were told what happened they all headed to the jail to try to post their guys bail.

One of the riders, Stacey, was always being pulled over for his past and the fact that he rode a motorcycle. Only this time when he was pulled over and his person was searched. Drug paraphernalia was found and on Carson too. Bad things don’t constitute a bad man. Stacey was also a possible suspect for drug and gun dealing as well the law enforcement just needed a reason to bring him in for questioning.  Bail was posted but Carson had to return for the next 12 weekends to serve as at the jail. He would do the custodial jobs and sleep there Friday and Saturday but made it home for Sunday dinners with me, his daughter. The cops had another agenda that they were pursuing after my father, Carson wouldn’t rat on his buddy. They went after Stacey’s wife, Amanda.

Unfortunately, she had many speeding tickets and it was the perfect opportunity to pull her over for felony speeding. She received the same deal as Carson, only to serve weekends because she had two children and the judge felt it was better for her to come during the days and go home at night. Stacey had asked Carson to watch over his wife Amanda in the jail. Carson and Amanda would run into each other every day because my father was allowed to go to the woman’s side of the jail to mop and scrub the floor and walls. A conversation that took place was when Carson told Stacey that the officers and the guards would taunt Amanda and ask her about her husband Stacey. She never ratted or said an unkind word about Stacey or even to the guards and officers. A moment worth noting: When Carson and Amanda arrived at the jail they were given the clothing uniform that all inmates wore. This included slip-on shoes, no belts, no ties of any kind.

One morning Carson arrived and throughout the day didn’t see Amanda. He ended up over at the women’s side to mop out the cells and scrub toilets when he finally saw Amanda. She was hung from the cell’s bars with shoelaces. Carson made note that the laces didn’t match her own. Carson started crying and wailing for help when he rushed to Amanda’s side. His fingers weren’t working as he tried to untie the laces. The guards tried pulling my father off of Amanda and for some reason, the questioning officers that had visited Amanda and Carson frequently, were there to beat him over the head to gain is compliance. Laying on the ground, bleeding, he saw that the laces were so tight that one of the officers had to use a knife to cut Amanda’s body down. No one tried to revive her and as they turned her over Carson saw bruises on her ribs and boot prints on her back before her shirt was pulled back down into place. My father didn’t complete his day. He didn’t go home either. Instead, he went straight to Stacey’s house.

When Carson pulled up on his bike Stacey was out in his driveway working on his bike. Obviously, no one has told Stacey about his wife. Carson was scared because he knew Stacey loved his wife fiercely and knew once the truth was out that the ‘good ‘ol boy system with the virtue of an eye for an eye’ commence. As Carson approached Stacey an unmarked car pulled up. The officers asked to speak to Stacey alone but he insisted that Carson can hear whatever they had to say. Carson’s eyes were red from crying because of what he witnessed. The officers began to tell Stacey that his wife had committed suicide in the jail cell this morning and that no note was left. Carson was disgusted by the mundane nature of the officers that clearly knew the truth but wouldn’t’ reveal the real villains.

Stacey was beside himself when Carson slowly told him what he had witnessed when he found Amanda. It killed him to find his best friends wife hung from the bars. The two men sat and talked about what could have possibly happened. The conclusion was that Amanda was questioned by the officers and it went too far because she chose to protect the love of her life. The officers knew what they had done was too brutal and to cover up their crime they decided to murder her and stage it as a suicide. The thin blue line protected the maliciousness of the officers while her young children mourn a mother. The funeral was beautiful but Stacey decided on a closed casket because he didn’t want his children to remember their mother lifeless.

Weeks later, when my uncles’ bikes pulled into my father Carson’s driveway I wasn’t allowed greet them. In fact, I was ushered away along with my mother and grandmother. We listened to music with a higher volume than usual. The plan that the men ultimately devised was to avenge Amanda’s death, protect all the other wives, and send a message. Stacey wasn’t going to turn himself in and he wasn’t going to allow this to happen again in our town. Corrupt officers and guards were their targets.

One by one the officers either met their fate or escaped it by Stacey’s decision. People died, people lived, but the one thing that was revealed through Stacey’s and Carson’s form of interrogation was the truth. Amanda arrived that morning and reported to the kitchen for her cooking duties. There a guard approached her to have her cell searched. Even though she didn’t sleep at the jail she was assigned a cell. While Amanda watched her cell being tossed she was shown a joint that was found in her mattress. From their 3 officers and 4 guards sat her down and began questioning her about the joint. Obviously, it wasn’t hers but it was the opportunity to question her and hopefully break her silence on her husband’s small criminal enterprise. The officers wanted to make a name for themselves and the guards wanted to move up in the ranks. They broke her silence when one of the officers punched her in the face and she fell to the ground. She screamed for help. From there every time she said that she didn’t know or wouldn’t answer she was kicked or punched and that was followed by her cries of pain and terror. After she was beaten unconscious, the guard took laces out of his boots and all 7 of the men involved tied her to the bars making it look like she killed herself. Sadly, Amanda was still alive when she was choked to death against the cold iron bars as the men stood and watched. All this happened when the prisoners were at breakfast. The slipped out of the cell like snakes and left her body to be found. Unfortunately, it was my father, Carson.

The guard learned before he was hung by Stacey, that Amanda had no knowledge of what Stacey was doing. He protected her and she thought that all the money earned was from his job in the oil field. Stacey took care of the finances so she had no reason to question it.  She was a devoted wife and mother and helped other’s whenever she could. Her friends were all of the women that were with the men that rode the bikes. The memories of these people live on in me. Amanda was a kind and gentle woman. My father, Carson helped Stacey in his need for revenge and justice. From day one to the last day, it took almost 2 years. Because Carson did bad things doesn’t make him a bad man. He did what needed to be done to bring decency to his friends’ wife, make it clear that the corrupt officers and guards need to be held accountable, and to protect his own family. Stacey never married again.