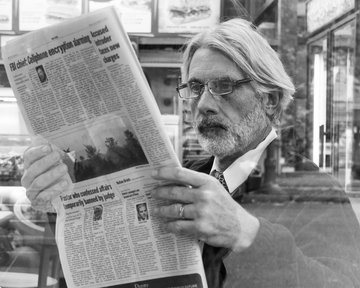 OK, a little bit about this short story. I need to break out of my writing shell. I have been apprehensive about posting anything other than something that was a journal, 6-words, or 50-word posts. Here it a is, short story based off a picture. I did a little research on the headlines and BAM. Story time. All while being slow here at work. I would love feedback or input of any kind. I researched populations and timelines. I need to find my writing voice and thought I would like writing crime, mystery, non-fiction, and religious so I think this was a perfect image to tackle with a made-up story of the characters. 1001 words start to finish and first time posting a short story of mine. I didn’t like editing because what I would change would change the direction of the entire story 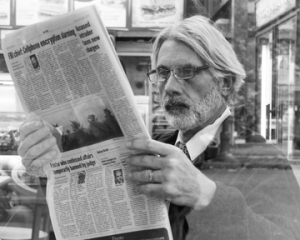 ‘Jesus, how could she? And with him!’ He was there when Marjory and I married and baptized our son Gregory Jr., and again when our daughter Elizabeth came. ‘I shook his hand every Sunday,’ Greg whispered scanning the paper headlines. It’s one thing to be religious in the South, but it’s quite another to break up a happy home for an affair with that abomination of a man.

Greg could feel eyes staring at him as he read the paper and decided that it would be best not to draw more attention to his wife’s affair and gaining unwanted pity from the town. Small towns such as Shiloh, Alabama had their own unique ways of knowing what someone was doing before the act was even committed by the individual. Greg folded the paper neatly under his arm and picked up his briefcase, with a little struggle, and headed towards work. The autumn air felt nice on his face and the foliage color changing around him was comforting in more ways than one. He remembered how he and Marjory would take the kids when they were younger to collect the discarded leaves from branches and make family crafts together. And an evening bonfire would always be on the agenda even if not planned which included roasting marshmallows for the kids.

Greg arrived at work exchanging greetings and smiles with co-workers with a quickening pace to his office. As he shuts the door behind him he presses his forehead against the door, ‘It’ll all be over soon. Just get through the day and everything else will go as planned.’ Greg grinned to himself and strode over to his desk, gently laying the briefcase on top. Greg ran his fingers over the cool, silver, smooth locks when tapping brought him back to earth. Olivia, his secretary opened the door without an invitation, ‘Good Morning Mr. Williams,’ sang Olivia, ‘You had a 9 o’clock appointment this morning. I have been giving the clients refills on coffee and…’Greg looked down at his watch drowning out the prater coming from his assistant. He was only 10 minutes late. He tucked his briefcase under the desk, fastened his suit button, nodded thanking Olivia and walked to the conference room with the CEO confidence that he emulated. The meeting dragged on for hours and the men adjourned for lunch. Greg was finally able to sit at his desk and retrieved his hidden briefcase. With his office door locked he carefully placed the briefcase on his mahogany desk and one by one clicked the locks, slowly swinging up the top.

Sitting on top was a medical report that cleared him of having AIDS and circled in yellow highlighter was the follow-up six-week appointment. The last ‘facing death’ appointment but Greg felt pretty confident that it too would also be negative on the account that he and Marjory weren’t sexually active when she started screwing their pastor. The charlatan ‘Man of God’ that shared his deadly disease with his Marjory only seems like justice. ‘An eye for an eye,’ said Greg lifting his medical clearance which exposed his plan. His only plan for vengeance, his own wrath that he plotted for his wife and Pastor McLandy was the Judge. A lovely revolver that fit his hand and his intentions perfectly reflected the light from his office window. He thought with him being one of the county’s most brilliant lawyers and with a staff to match his wits and grandeur he would be able to get away with murder. Greg looked at the clock only three more hours until McLandy was due to show at the church to turn in the keys and release his poisoned flock to a better man of God. The thought of this brought a smile to his face.

Their Children Elizabeth and Gregory Jr. haven’t spoken to their mother since the family’s secret came out, literally for the world to read. The clinic was being watched by reporters and televised many of the town’s flock heading to their appointments for testing and then again only to see them exit with bags of medication. Everyone saw Marjory enter and then exit with medication on the 10 o’clock evening news so that helped prevent the awkward conversation of the infidelity along with pleading ‘No’s and ‘I love you’ from her. He couldn’t stomach that from the one person he trusted. As Greg thought about their kids and the upcoming holidays he smiled. He would travel to each of his children’s homes for festivities. He was that confident that he wouldn’t receive the death penalty or even jail time for that matter. He finished signing papers and packed up his briefcase. It seemed heavier than it did this morning he thought to himself gripping it as he walked out the front doors. The weight of justice, he smiled to himself.

He drove to the church to find reporters there waiting for the same man as he was only for different reasons. This didn’t surprise him and expected it. He reached over to the passenger side floorboard and pulled up a camera he had borrowed from a local news anchor who was also a good friend. He began to strap the gun to the camera which it blended in nicely in color. If you weren’t looking for it you couldn’t find it. McLandy pulled up and Greg darted from the car to catch up with the news anchors and reporters. He aimed his Judge at the demon and readied the trigger and took a breath. He exhaled slowly and squeezed the trigger. He expected chaos. There wasn’t any running or screaming. That’s when he felt pressure on his hand and a warm whispered breath in his ear. ‘He’s already dead; your wife is already dead. I have served their punishments. I knew what was going to happen before you or anyone else would. He has his own hell; don’t create yours next to his. Greg turned to find no one.

2 thoughts on “A Paper and A Judge”